When I was a kid, summer holidays seemed to last forever and I had all the time in the world to do everything I wanted.  These days, not so much; each summer seems to pass more quickly than the last.  I feel like we only just opened Pulp Mill Press to submissions for the Libram Mysterium anthology, and now there are only two weeks left.

So if you're planning to submit a story and haven't done so yet, now's the time to finish it off and get it in.  If you are working on a story, but don't anticipate being able to finish by the September 1st deadline, email me at pulpmillpress4@gmail.com and we can work something out.  Go ahead, flood our inbox with submissions. 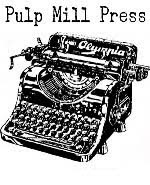 What D&D Character Are You?

Here's a fun little personality survey to determine what type of character you would be.  It's pretty detailed, with 129 questions, although many of them didn't include a response that actually represented my beliefs or predilections.  So, what kind of D&D character would you be?


I Am A: Chaotic Good Human Wizard (7th Level)

Alignment:
Chaotic Good A chaotic good character acts as his conscience directs him with little regard for what others expect of him. He makes his own way, but he's kind and benevolent. He believes in goodness and right but has little use for laws and regulations. He hates it when people try to intimidate others and tell them what to do. He follows his own moral compass, which, although good, may not agree with that of society. Chaotic good is the best alignment you can be because it combines a good heart with a free spirit. However, chaotic good can be a dangerous alignment when it disrupts the order of society and punishes those who do well for themselves.

Race:
Humans are the most adaptable of the common races. Short generations and a penchant for migration and conquest have made them physically diverse as well. Humans are often unorthodox in their dress, sporting unusual hairstyles, fanciful clothes, tattoos, and the like.

Class:
Wizards are arcane spellcasters who depend on intensive study to create their magic. To wizards, magic is not a talent but a difficult, rewarding art. When they are prepared for battle, wizards can use their spells to devastating effect. When caught by surprise, they are vulnerable. The wizard's strength is her spells, everything else is secondary. She learns new spells as she experiments and grows in experience, and she can also learn them from other wizards. In addition, over time a wizard learns to manipulate her spells so they go farther, work better, or are improved in some other way. A wizard can call a familiar- a small, magical, animal companion that serves her. With a high Intelligence, wizards are capable of casting very high levels of spells.

Find out What Kind of Dungeons and Dragons Character Would You Be?, courtesy of Easydamus (e-mail)

Posted by Sean Robson at 4:18 PM No comments: