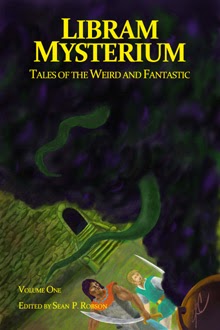 Congrats, Sean! I look forward to picking up the book, and indulging in some roaring Sword & Sorcery yarns.

Thanks, Shane. I can't wait to get a print copy, myself!

Congrats on seeing the fruit of all your hard work! Picking up a PDF this week.