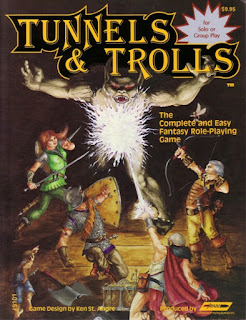 It's basically he same ruleset with some tweaks and options you may like.

Thanks, Smokestack. Unfortunately, DT&T isn't available for sale in Canada yet, so I'll need to wait until all the international Kickstarter shipments get sent out. In the meantime, though, I'm really happy with my 5th edition rulebook!