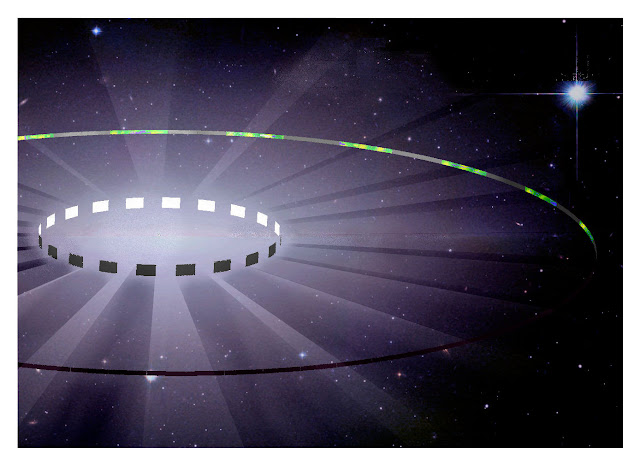 So the artificial world of Cidri is unimaginably huge because it needs to be.  A sphere or ring built around the sun is the best way to obtain the massive amounts of energy required to sustain the world's life support systems.  Whether Cidri is a ring or a sphere isn't really important; either one offers infinite adventure, and far more territory than any adventurers will ever be able to explore.  Constructing such a world is a big undertaking, but surely not beyond a people who possess the technological advancements of the entire multiverse.
Posted by Sean Robson at 10:42 AM

Thanks, Trey! TFT is a fun blend of magic and super-science that encourages this sort of speculative world-building that I find so much fun.